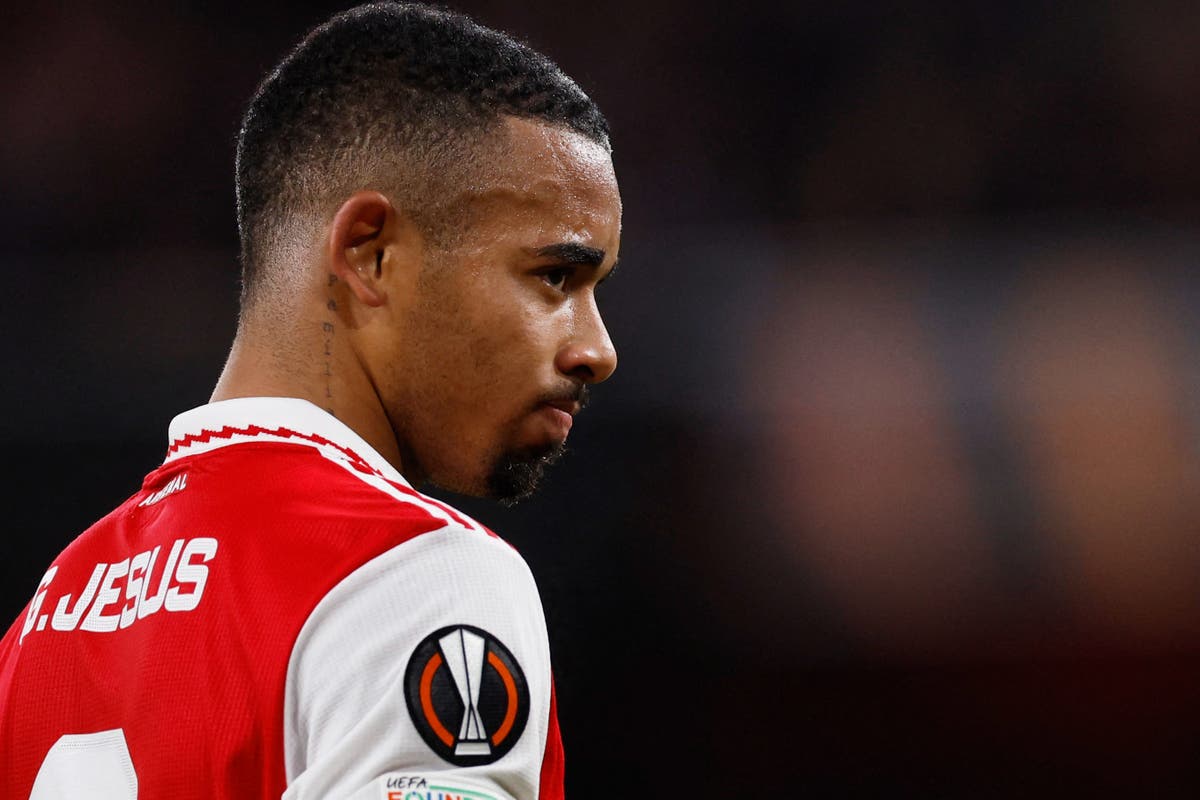 Mikel Arteta backs “Amazing” Arsenal player to snap a protracted Goalless Streak – With a 1-0 triumph, the Gunners clinched first place in Group A. Kieran Tierney’s goal in the first half was the game-winner, but Arsenal’s inability to add another goal made the game’s outcome tense as they managed to hold on.

When the ball dropped to Jesus in the box early in the second half, he had a great opportunity to double the lead, but his close-range shot went over the crossbar.

After a scorching start to life at the club after his transfer from Manchester City, the Brazilian, who led the Gunners against Zurich, has now gone eight games without a goal.

Even when he does not score, his overall influence on Arsenal’s performance is still noticeable, however Arteta said that Jesus is still thinking about the run.

After the game, Arteta said to BT Sport, “It does disturb him for sure.

“Knowing him, he wants to score four when he scores two. He also had a few nice opportunities today, but what he produces for the club is remarkable.

“He assisted three times last week, and he did it once more tonight. Goals will materialize.

To win the group, Arsenal needed to equal PSV’s result against Bodo/Glimt, and they succeeded in doing so. As a consequence, they won’t have to face a club advancing from the Champions League in the play-off round.

Instead, the Gunners gain a bye directly into the round of 16, and Arsenal’s manager is happy not to have those two more games on the schedule early in the next season.

It’s never simple to win so many games in Europe, but we’ve managed it, according to Arteta.

Although I don’t think it was the prettiest game we’ve ever played, we still prevailed.

“Today was incredibly crucial,” he continued. We are aware of how crucial it will be, particularly with other teams playing in February.

“Winning also helps with winning. The mood in that locker room right now is considerably nicer after a win than it is after a defeat. The crew is focused on it.

It was disconcerting to see Takehiro Tomiyasu hobble out late in the game, barely 15 minutes after entering the game, in advance of the World Cup later this month.

He sensed something, and we didn’t want to take any chances, so we don’t know, Arteta stated.

“Given how many games we play, that is a natural occurrence. It may occur during practice or a game, and sadly, Tomi experienced it today.