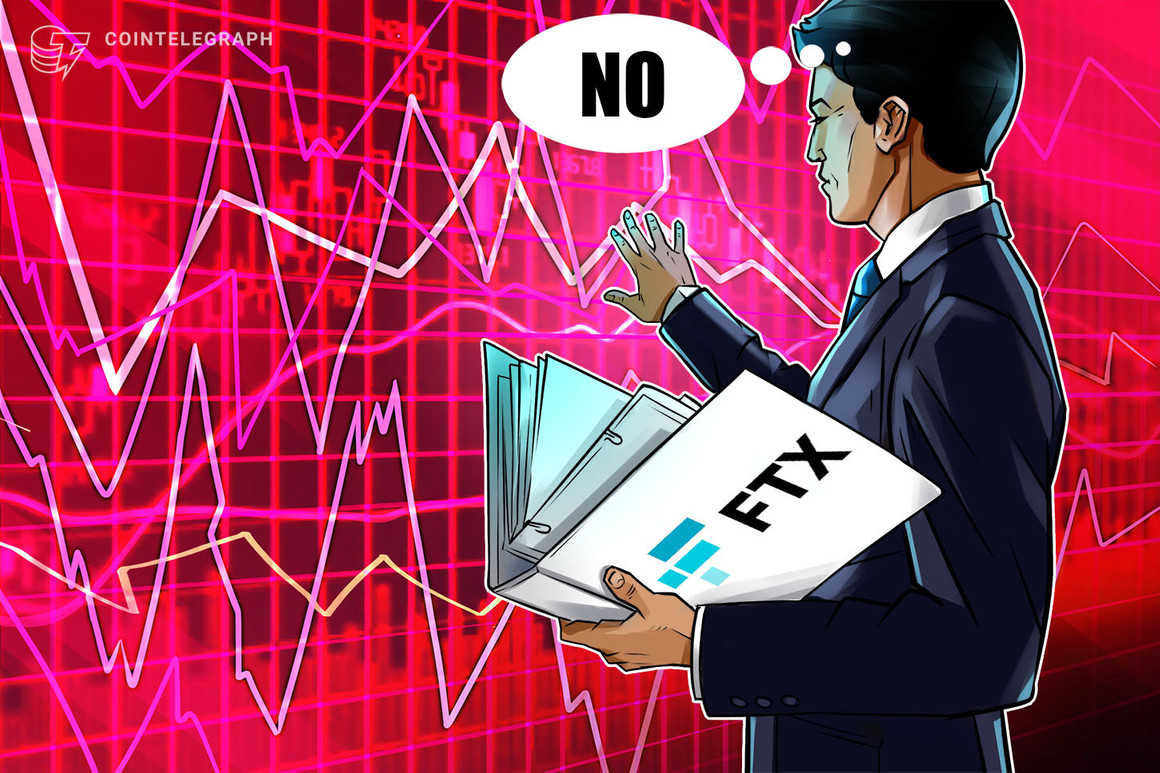 The Canadian Exchange Bitvo cancels the acquisition of FTX – In order to maintain its status as an independent business, the cryptocurrency exchange Bitvo in Canada has cancelled the projected takeover deal it had with FTX.

According to the terms of the agreement, Pateno Payments, which is a stakeholder in Bitvo, has terminated the purchase deal it had been negotiating with FTX Canada and FTX Trading. Bitvo made this announcement on November 15.

The company made it clear that its activities have not been disrupted in any way, citing the fact that Bitvo has no significant exposure to FTX or any of the connected organisations of that company. All aspects of trading on Bitvo, including deposits and withdrawals, are operating normally.

Additionally, Bitvo emphasised that it is not a party to the bankruptcy procedures that FTX and its connected firms have initiated. According to the announcement, Bitvo has never owned, listed, or traded the FTX Token (FTT) or “any similar token.” Neither has it ever traded “any similar token.”

“Since inception,” the company stated, “Bitvo has operated as an independent, Canadian crypto asset trading platform.” The company went on to say that the platform has not been offering lending or borrowing services:

In June 2022, the struggling cryptocurrency exchange known as FTX came into a deal to buy Bitvo as part of the company’s aspirations to expand its operations in Canada, as was previously reported by Cointelegraph. The strategy, however, was derailed when FTX got embroiled in a major controversy in the financial industry. According to the allegations, the exchange had improperly used customer funds to engage in trading on its sister company, Alameda.

On November 14, Bitvo made an official announcement stating the acquisition of the company by FTX was still a pending deal that had not yet been finalised. According to the statement made by the corporation, “Digital assets are housed with independent third parties BitGo Inc. and BitGo Trust Company,” with more than 80% of assets being kept in cold storage.

The CEO of Bitvo, Pamela Draper, expressed to Cointelegraph that the company is relieved the merger did not go through because “it would have been disastrous to our workers, and just as crucial, our consumers.” She went on to say that the procedure that took place between the announcement of the agreement in June and its completion required working to meet the closing conditions. The regulatory approval was the most important of these factors.

Although it seems that Bitvo was able to back out of the arrangement, there are certain crypto firms that have been impacted by the FTX situation as a result of being bought by the crypto billionaire.

According to an official statement that was made public on November 15, the cryptocurrency exchange Liquid, which is owned by FTX, has banned its fiat and cryptocurrency withdrawals on its Liquid Global platform in connection with FTX’s concerns. In February of 2022, FTX completed the acquisition of the Japanese exchange as well as its affiliated companies.

Following the filing of Chapter 11 by FTX and FTX US, the insolvent cryptocurrency lender Voyager Digital took to Twitter on November 16 to provide its customers with an update on the reorganisation efforts, stating that the customer vote will be cancelled and that the proposed sale will not move forward. In July 2022, Voyager filed into bankruptcy, and in September of the same year, FTX US acquired its assets.

According to comments made by CEO Zach Dexter on November 14, FTX US Derivatives, a subsidiary of FTX US that was formerly known as LedgerX, has continued to provide fully-collateralized swaps, futures, and options on cryptocurrency. Additionally, he brought up the fact that LedgerX was excluded from the FTX bankruptcy filing in this discussion. In yet another tweet sent out on Monday, Dexter emphasised that “customer money remain safe on the LedgerX LLC derivatives platform, which remains open 24 hours a day, seven days a week.” LedgerX was bought by FTX US in August 2021 in a transaction that was kept confidential, as was previously reported.